There’s a new HITMAN on the way, and a big expansion for Borderlands 3, everybody’s favorite game about recreational mayhem. But let’s start with news from our friends at Ubisoft.

In case you missed it, Ubisoft Forward just wrapped up, and Ubisoft revealed much more about Immortals Fenyx Rising, previously known as Gods & Monsters, including an action-packed new trailer. Take to the skies for a heart-stopping epic of pantheonic proportions! The Gods of Greece are in peril, and only the winged demigod Fenyx can save them. You’ll fight colossal Cyclops, menacing Medusas, and other timeless terrors of the Hellenistic world. Check this trailer out!

Looks amazing, right?! You can pre-order Immortals Fenyx Rising on Stadia right now at Stadia.com or on the Stadia app for $59.99, and start playing instantly when it launches December 3. Plus, all Stadia players will have the chance to play an exclusive early demo of the game for free later this year. Pre-order now for a bonus quest, A Tale of Fire and Lightning, and discover the story of Helios and Phaeton.

And there’s more coming from Ubisoft. The great outdoors will become your latest playground on Stadia. Riders Republic combines extreme sports with open-world game design: soar in wingsuits, blaze down slopes on skis and snowboards, and tear up the trails on your custom bike. Take a flying leap off El Capitan in Yosemite or compete with over 50 other players in mass-start races. Riders Republic will be ready to purchase on the Stadia store February 25, 2021.

More good news: there are brawlers, and then there’s Scott Pilgrim vs. The World. One of the most anticipated, full-featured, beautifully animated, and replayable four-player co-op games of all time is coming back… and heading straight to Stadia. Punch, kick, power up, and repeat against the Seven Evil Exes! Scott Pilgrim on Stadia includes the acclaimed original game you remember and love, plus the Knives Chau and Wallace Wells add-on content for the complete animated Canadian comic-book combat experience. Scott Pilgrim vs. The World will be available to buy in the Stadia store later in 2020.

HITMAN 3 is coming to Stadia

Now you can pre-order HITMAN 3 on Stadia and get the Trinity Pack: three sets of suits, briefcases, and weapons representing all three games in the HITMAN trilogy. Also, all HITMAN 3 players on Stadia get the Stadia-exclusive White Sunset Suit. Play it the moment it arrives on Stadia – January 20, 2021 – without waiting a second for downloads or updates. It’s ready to pre-order on the Stadia store today from $59.99.

Vault Hunters rejoice! Borderlands 3 gets bigger this week with Psycho Krieg and the Fantastic Fustercluck. Journey into madness with this new campaign and story expansion. We mean “journey into madness” quite literally… prepare to be beamed into the imaginary land of Vaulthalla, a realm that exists only in the deranged mind of Krieg the Crimson Raider. Psycho Krieg and the Fantastic Fustercluck comes to Stadia September 10. Buy it for a special discount price $14.99 USD on the Stadia store, or play it as part of the Season Pass, also on sale now for $39.99 USD. And to celebrate, you can also grab Borderlands 3 for a special low price:

Six new games are free on Stadia Pro this month. Have you claimed yours yet?

Pick these up today with Stadia Pro and they’re yours as long as you’re a Pro member.

And don’t forget that two of the biggest games of the year, Marvel’s Avengers and NBA 2K21, hit Stadia last week, ready to play instantly. You can purchase both of them in the Stadia store today! 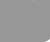 It was a wonderful sight seeing the Stadia logo all over the Ubisoft event. Hopefully this trend continues with other publisher events!

Loved to see the support from Ubi but was really hoping we'd finally hear some more news on Uplay+ coming to Stadia.

More of this Stadia

I admit it, that's some great games, but I still waitin for Dead by Daylight 😕

Can't wait for SP! I love this game so much, it's one of the best modern day beat-em-ups.

And I already got my sneak peak of Orpheus, can't wait to purchase it on December 3rd!

Also, Marvel’s Avengers is such a letdown, I knew Ms Marvel was going to be in it, but you're almost forced to play her for the first few hours as the Hulks skills aren't really designed around the first few missions, Marvel once again are forcing a character down everyone's throats that was an absolute failure by every measurable metric.

3 Comic runs in what, 5 years, first cancelled issue 16, 2nd cancelled at 36, 3rd didn't make it to 20 I think, nobody likes Ms Marvel, even if she is a Muslim, woo, how diverse (nevermind she's a terrible character, she ticks all the boxes).

Good Job Stadia team. Keep 'em coming. Kinda disappointing that there is no news about Uplay+ but i figured out that it should be announced on a Stadia event.

Too many great games this month to decide what to play.

Thank you Stadia team, keep up the good work!

Not worth the wait.

To anyone that is considering Borderlands Please be aware of the issues that the game currently has with Stadia that have not been resolved for seven months.

They are not supporting the game at all in any capacity with any patches.

"To anyone that is considering Borderlands Please be aware of the issues that the game currently has with Stadia that have not been resolved for seven months.

They are not supporting the game at all in any capacity with any patches."

It's the same for AC Odyssey, no patches for months, I'd like clarification if newly released games are going to receive the same support as they would on PC / Console, otherwise, that's a serious issue to add to the list of pre existing serious issues with the platform.

Also @ark, give it a rest with Ubisoft!

They put our a public apology and cleaned house, attitudes like yours, who will not accept an apology, and forever hold it against the person/company involved is just going to incentivise those accused of behaving badly to just deny it, as when they acknowledge their faults and apologise, people like you jump on them instead of saying you recognise what you did wrong, have said you're going to be better and so we will give you a second chance!

You are the problem here, not Ubisoft anymore!

@Classic-Rando  I didn't say anything about whatever you're referring to.

I think Ubi games are bad and I was commenting on that. Leave me alone. 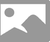 2, for weeks now you've posted the same cut and paste post about Ubisoft enabling sexual assault "at all levels of the company" or some nonsense like that, you know, your "friendly reminders", people other than me have politely asked you to drop it.

3, have the courage of your own convictions, if you don't like the way Ubisoft do business, take it to twitter, don't pretend you hate all ubisoft games and take cheap pot shots at them.

4, you have no idea what actually went on inside Ubisoft, how much the Brothers that run the company knew etc. Before I sold my company a while ago, I hired 132 people, I interacted with maybe a dozen of them on a regular basis, the other 120 could of been up to all sorts of nonsense, if my managers or employees didn't come to me directly how was I supposed to know what was going on between 80 or so people I'd never even met. You have no idea how the real world works, and how companies work.

It does indeed, already got it on pre order, and am very happy.

I know who I'm sick of and it ain't Ark

Immortals looks great but i think that's because Zelda BOTW looked great and this borrows heavily from it. Will be interesting to see if it reviews well, this game wasn't really on my radar until this reveal.

"Immortals looks great but i think that's because Zelda BOTW looked great and this borrows heavily from it. Will be interesting to see if it reviews well, this game wasn't really on my radar until this reveal."

That's exactly what I thought, a cross between Zelda and AC Odyssey, am now looking forward to it quite a bit.

the prices are much higher than the PC versions! I love Stadia but every time it manages to disappoint me ...